​          1. Build a national team of young leaders committed to saving the next generation from a crushing debt by                  empowering states to force fiscal discipline on Congress.

2. Educate community, political leaders, and the media about how states can use their power to break the                    deadlock in Washington.

4. Show Members of Congress how they can partner with state legislators to achieve reform, just as House                  Speaker James Madison took advantage of the pressure from states to help force Congress to propose the                Bill of Rights.

5. Persuade Presidential candidates to start talking about the fact that bringing long term fiscal reform to                  Washington will require mobilizing state leaders to put pressure on politicians in Washington. 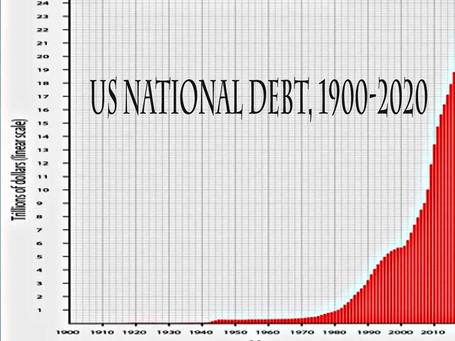 Washington is gridlocked and it is going to take pressure from the states to finally break that gridlock.

Our goal is to mobilize the millennial generation and our allies to educate and inspire state leaders to force reform on Washington.

The KEY is the team of advocates.

If Congress won't act, a new generation of leaders must.

Disclaimer. The "Don't Tread on Me" picture above does not belong to "Don't Bankrupt America." It was taken from http://i.ytimg.com/vi/Lp7n5eN3LAE/hqdefault.jpg

Disclaimer. The page separator used above does not belong to "Don't Bankrupt America."

Congress will not impose fiscal discipline on itself

A New Generation of Leaders Can Help Restore Fiscal Responsibility in America!

​to the U.S. Constitution.

...but 2/3 of CONGRESS isn't likely to propose such an Amendment on its own so we must

EMPOWER STATES to force Congress to propose one.

States have forced Congress THREE TIMES in American history to propose Amendments that they have wanted: